818 Studios began as a little company that was established to give a business profile for music lessons and other gigging opportunities that arose for Dave. This was all well and good, and served ok, but as he has transitioned from performing to writing, it was time to pour all the energy of 818 Studios into being a music service outlet. The truth is, throughout Dave's career as a drummer and educator, composition continued to by his true, first love; and now that he's located in Orlando (the happiest place on earth!) composition has taken a front seat and is what he focused on all day every day!

You see, 818 Studios is dedicated to providing music services for film, TV, and interactive outlets. Dave just wants to make good music that people will like that will help sell your thingamajig, promote your doozywhatsit, or enhance your new appydobop. Check out all that Dave have done, can do, and will do for you!

So who exactly is Dave Kropf, then?

A versatile and well-rounded composer, percussionist, and clinician, Dave has performed and taught around the U.S. and Europe. His musicianship on drums, vibraphone, and blues harp has placed him on the first-call list for projects including work with Vicky Beeching, Aaron Strumpel, Marty Parks, Lillenas Publishing, and Ardent Studios. His expertise ranges from drumset to drumline; classical percussion to world music; and orchestral to to electronic music production.

Don't just take our word for it.

818 Studios Provides a wide range of services for your next project.

Need a jingle for your ad campaign?  Need background music for your new app?  From ambient to sweeping orchestral scores, 818 Studios can craft the perfect underscore music for you.

Are you looking for original works or a vocalist searching for a collaboration partner? 818 Studios creates original, non-production music that stands on its own!

818 Studios can put together the beat for your pop or hip-hop record! With pro-level sounds, creative takes, and super fast turn around, we got what you need from dubstep to trap!

Dave's stream-of-consciousness musings are on Soundcloud. 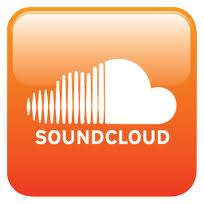 Connect and collaborate with Dave through Indaba Music.